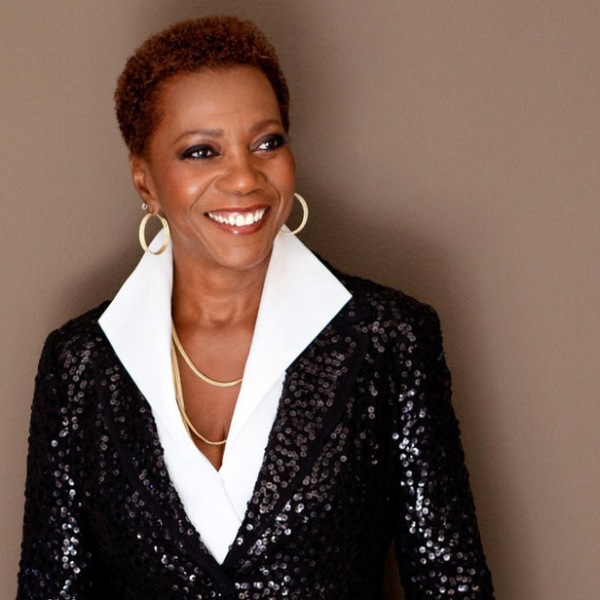 While Carmen Lundy has managed the near impossible by maintaining a three decade career with mostly self penned material, her 11th commercial album release, “Solamente” is a unique departure from her previous work. Everything about the new CD from Carmen Lundy comes directly from the heart. Renowned for her extraordinary vocal prowess and songwriting skill, Lundy moves far beyond our expectations, arranging, producing, recording, mixing and playing every instrument on Solamente.

Originally recorded to serve as reference demos of new compositions, the recordings so moved listeners that Lundy was persuaded to release them as they were, with every second, every note, a reflection of an artist at her creative peak.

With her previous release “Come Home”, Lundy confirmed once again that she is a true original in the world of Jazz singing and composition. “Come Home” is indeed a homecoming of sorts - infusing the blues and gospel roots of her childhood with those in the jazz genre in a stunning new set of original compositions.

Carmen Lundy began her professional career as a jazz vocalist and composer when there were very few young, gifted and aspiring jazz vocalists on the horizon. Three decades later, Ms. Lundy is celebrated throughout the world for her vocal artistry and is highly regarded for her jazz innovation. Her contribution of over 40 self-penned compositions now comprises the New Jazz Songbook.

Carmen Lundy's work as a vocalist and composer has been critically acclaimed by The New York Times, The Village Voice, The Los Angeles Times, The Washington Post, as well as numerous foreign publications. As a composer, Ms. Lundy's catalogue numbers over sixty published songs, one of the few jazz vocalists in history to accomplish such a distinction, and has led to the first publication of the Carmen Lundy Songbook (2007). Her songs have been recorded by such artists as Kenny Barron ("Quiet Times"), Ernie Watts ("At The End Of My Rope"), and Straight Ahead ("Never Gonna Let You Go"), and can also be found on her own recordings "Something To Believe In" and "This Is Carmen Lundy" (both for Justin Time), "Old Devil Moon" (JVC), "Self Portrait" (JVC), "Moment To Moment" (Arabesque), "Night And Day" (CBS/SONY), "Good Morning Kiss" (CLR/Justin Time), "Jazz and The New Songbook - Live at The Madrid" (2-disc set and DVD, Afrasia Productions), and her latest "Come Home" (Afrasia Productions).

A native of Miami, Florida, Carmen Lundy's path to being one of today's most talented, respected and sophisticated jazz singers began at age six, with her first piano lessons. Deeply inspired by her mother, Oveida, who was then lead singer in the gospel group The Apostolic Singers, Carmen joined her church's junior choir. A passion for music was instilled for life, and it was with total determination that young Carmen began her professional career performing at local high schools as part of the vocal duo "Steph and Tret." It was soon after that she made her first recording, The Price Of Silence, while still in her teens.

Ms. Lundy attended The University Of Miami as an Opera major, but soon discovered that jazz was where her talent really shined. She later graduated with a degree in Studio Music and Jazz - one of the first singers to do so. After working steadily at jazz clubs in Miami and traveling to Europe and North Africa with the University of Miami Big Band in 1977, Lundy moved to New York City in the spring of '78. She immediately began working in jazz circles throughout the Tri-State area, and from Harlem to Greenwich Village, and quickly impressed the notoriously critical jazz cognoscenti and audiences alike. Esteemed critic Gary Giddins stated (in 1983), "Jazz singing stopped regenerating itself about 20 years ago, and it's not hard to see why, so it's with some trepidation that I call your attention to an authentic young jazz singer named Carmen Lundy - she's got it all." Armed with a devoted following and critical kudos, the uncompromising Ms. Lundy continued to make waves, not just in North America, but in Asia and throughout the UK and Europe.

Teaching, too, is an important activity for Ms Lundy; she's given Master Classes in Australia, Denmark, Japan, Switzerland, New York, Northern California, and Los Angeles. She has and continues to participate in Betty Carter's Jazz Ahead Program at The Kennedy Center in Washington, D.C., as guest artist and clinician, working alongside her brother, noted bassist Curtis Lundy. She has worked with the Thelonious Monk Institute of Jazz as guest artist and clinician. Carmen Lundy is also a gifted artist whose paintings (mostly oil on canvas) have been exhibited in New York at The Jazz Gallery (Soho), The Jazz Bakery and the Madrid Theater in Los Angeles. Examples of her painting can also be seen in the booklets accompanying each of her recordings.

Ms. Lundy is also a gifted actress active in theatre. "Acting," as she recently told Dr. Billy Taylor, "helps me to get more comfortable and acquainted with the art of performance." She performed the lead role as Billie Holiday in the Off-Off Broadway play "They Were All Gardenias" by Lawrence Holder, as well as the lead role in the Broadway show, Duke Ellington's "Sophisticated Ladies," and she made her television debut as the star of the CBS Pilot-Special "Shangri-La Plaza" in the role of Geneva, after which she relocated to Los Angeles, where she currently resides.

After signing to Justin Time in 2001, Ms. Lundy began work immediately on her label debut This Is Carmen Lundy, recorded in May of that same year and released in September. Entirely self-composed, the recording promptly garnered rave reviews from throughout the world, notably from the United States, Canada, the United Kingdom, Germany and the Far East.

The year 2003 began with a bang, when Miami-Dade's County Office Of The Mayor and Board of County Commissioners proclaimed January 25th "Carmen Lundy Day." Other notable events throughout 2003 included performances at Ronnie Scott's, London, for a two-week engagement; The Jazz Standard in New York City; The Jazz Bakery in Los Angeles; and at Oakland's famed nightspot Yoshi's. Her triumph at Festival International de Jazz de Montreal, at Club Soda, was followed by a riveting performance (with Buster Williams, Geri Allen and Billy Hart) of Mary Lou's Mass at North Carolina's Duke University in Raleigh/Durham.

Something To Believe In, released in 2003, brought Carmen to her largest audience yet, while maintaining an integrity and dedication to excellence that has been uncompromising from the beginning. It's a record with a universal theme. From the self-penned opener, "In Love Again," to the last strains of the classic "Moody's Mood For Love," the record is a passionate paean to love - and to life's search for it. It features Carmen's core band of pianist Anthony Wonsey, bassist Curtis Lundy, and drummer Victor Lewis, with special guests, percussionist Mayra Casales, saxophonist Mark Shim and violin phenomenon Regina Carter.

Carmen Lundy is also a painter in oils on canvas , and her works have been exhibited in New York at The Jazz Gallery in Soho, at The Jazz Bakery in Los Angeles, and at a month-long exhibition at the Madrid Theatre, also in Los Angeles.

Carmen Lundy's latest release in the Sonoton music library, All Jazz (SCD 811), offers a wide variety of Jazz styles from Swing to Bepop to Fusion and NuJazz Electronica along with her amazing jazz vocals.