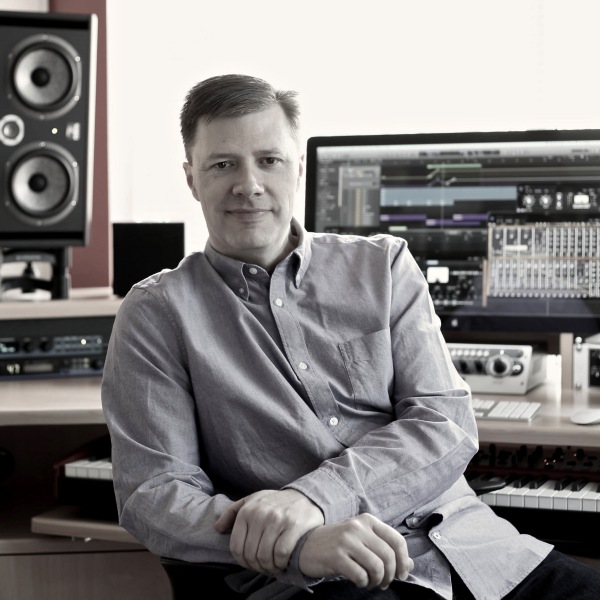 Dave Gale is an award-winning Composer, Arranger/Orchestrator and Producer of music for film, television and other media. Since his first commission, he has scored across all the major UK and US channels and networks, as well as for radio, adverts, idents and production music libraries.

Winning an Emmy for his work on the BBC television series, ‘Days that Shook the World’, Dave went on to score for the BAFTA nominated and Emmy award-winning series, ‘Simon Schama’s Power of Art’, and has worked on numerous other nominated/award-winning documentaries and films, leading ‘Time Out’ Magazine to describe his music as ‘Distinctive’.

Having studied at the Guildhall School of Music & Drama in London, one of Europe’s leading conservatoires, Dave was immediately invited to return as a lecturer in Media Composition, Arranging, Orchestration & Music Production. He still holds the post of visiting Professor at the Guildhall and has visited many other Higher Education establishments, as a keynote speaker.

His passion for music embraces all forms, composing in an array of styles and idioms. He is equally comfortable composing electronically, acoustically and for ensembles of all sizes.

Working from his own private studio, on the outskirts of London, Dave continues to explore new and exciting directions in Music, both to picture and in music production.