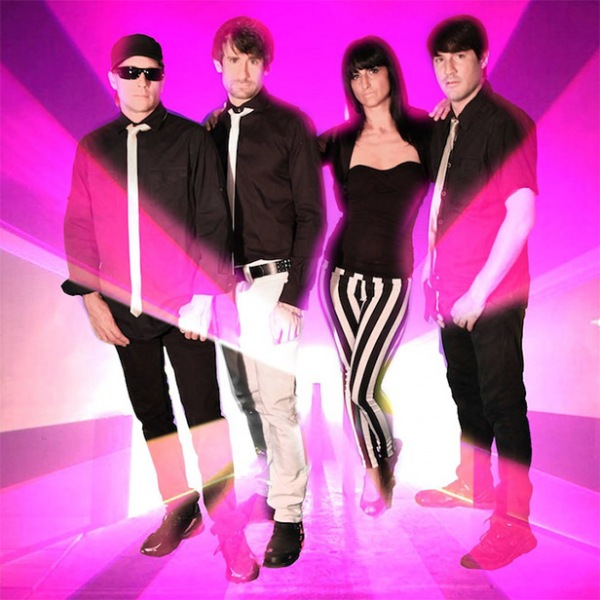 News: 11.2.16 - Gina Cutillo's new single "Keep On" is currently getting adds at commercial radio across the country and has just debuted on Billboard Top 40 mainstream chart at #34!

Recently part of a Microsoft sponsored program getting on the front page of Windows Media with 160 million views a month Gina Cutillo has her songs in numerous TV shows and Films such as: TeenNick show Degrassi and the Mean Girls 2 movie, and is taking her band straight to the top.

NBC's Star Tomorrow featured Gina’s band on national television and awarded her with best original song. She was also chosen by three judges (two from Interscope records and will.i.am.) to be 1 of 10 finalists in Doritos: Crash the Super bowl Contest. She received national exposure in the press and on TV.  Her dynamic song-writing and stage show has long reflected her passion for music.  Her musical upbringing has been the major focal point and drive in her young life in NY. From her ground breaking debut to her highly anticipated sophomore CD, Gina explores her passions through a very distinctive voice and sing along catchy songs. Gina has also earned the praise of critics:

“Cutillo’s voice has a combo of being passionate power and silky sexiness. Her vocal range makes her sound, at times like a musical goddess in pain, or a musical goddess in pleasure...Gina’s sincerity in her words and her song is as genuine as rock and roll gets.”
- The L.I.E.- Frank Schiff

Gina Cutillo: singer/songwriter/guitarist has emerged as a solo artist with fierce drive. Her debut CD: For the Love of C... was released on her self-created indie label. Networking with high-powered industry folks, Gina, with her growing knowledge and relationships, brought much success to her career.

With a marketing plan, tour, and retail CD placement she quickly became popular at public, community, college, internet and commercial radio stations. Her songs have received airplay through out the US and Internationally. From NBC to Major Commercial FM stations, Independent films to a mini-series on Metro Channel Gina's songs are being used and pleasantly accepted. She has also performed with Prince and on many television productions. With her 2nd CD, From Here to Desire Gina has already kicked up the charts with “Voices Carry” at #1 on the alternative and pop charts at IAC as well as FM station rotation.

Gina Has shared the stage with numerous marquee acts such as: Prince, Katy Perry, Gym Class Heroes and many more.

Growing up in the Long Island region of NY, Gina portrays a sensual soft spoken charm, with all around influences that attribute to her commercial song writing that is Pop/Rock/Dance at its best.

Listen to Gina Cutillo's song "So Easy" in promos for TeenNick show Degrassi: